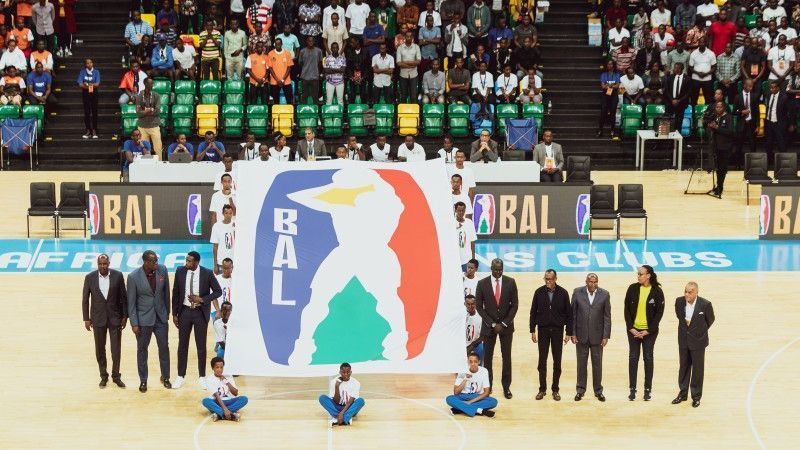 The Basketball Africa League has unveiled its official logo, featuring the silhouette of a basketball player taking a jump shot on a green, yellow, red and royal blue background that “celebrates the Pan-African footprint of the league, Africa’s diversity and the continent’s rich basketball heritage”.

The colours of the logo represent multiple meanings.

The red and royal blue “connect it back to the NBA, while also symbolizing love, energy, confidence and strength”, the NBA announced in a press release.

“The yellow and green speak to Africa’s optimism, joy and wisdom, while celebrating health, harmony and environment.

“The shape of the logo and the use of a player silhouette connect to the visual structure of the NBA’s family of logos, which includes the NBA, WNBA, NBA G League and NBA 2K League. The use of a player taking a jump shot also speaks to one of the most fundamental plays in the game of basketball, a showcase of the talent and skill that will be on display when the inaugural BAL season tips off in March.”

Fall said the logo reflected “the exciting and dynamic nature of our game, symbolizes the richness, diversity and authenticity of our continent, and represents African basketball on the world stage”.