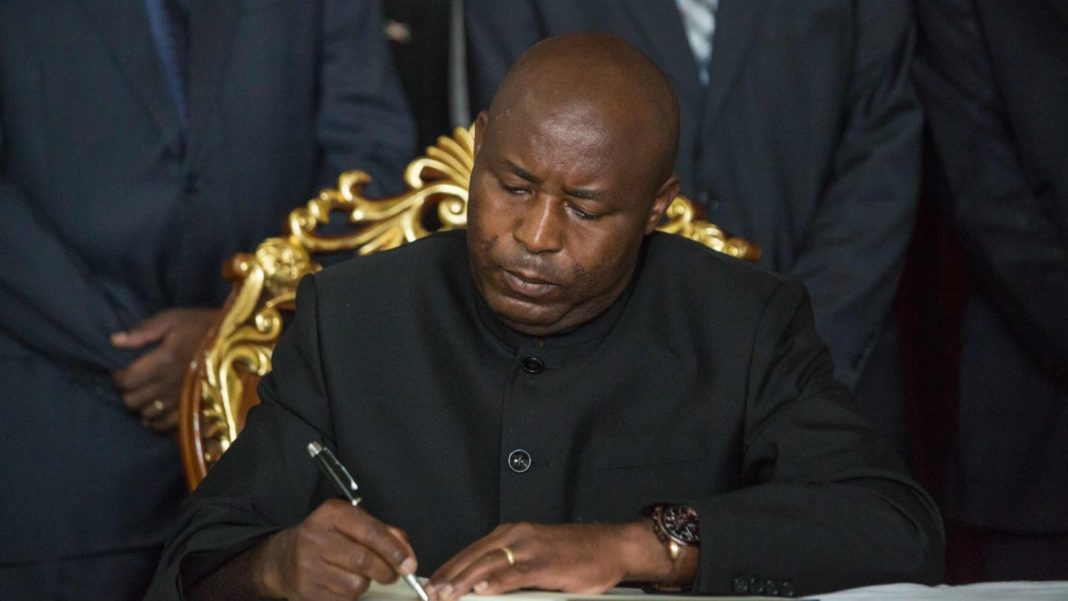 Evariste Ndayishimiye was sworn in as Burundi’s new president Thursday at the Ingoma stadium in the capital city, Gitegay, a week after the sudden death of outgoing President Pierre Nkurunziza.

Ndayishimiye was originally scheduled to be sworn into office in August, but the Constitutional Court ruled last week that Ndayishimiye’s swearing take place as soon as possible following the death of his predecessor.

Ndayishimiye became Burundi’s new leader by securing just over 68 percent of the vote in the May election, and overcoming a bid by the opposition to get the results overturned because of alleged fraud.

Ndayishimiye, who was handpicked by the ruling CNDD-FDD party to succeed Nkurunziza, will serve a seven year term, pending his reelection. 900