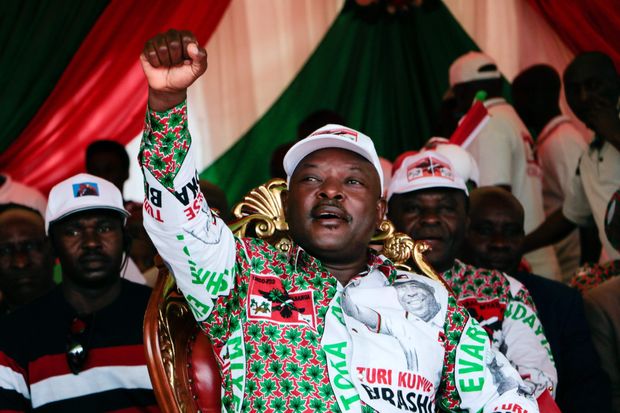 Although outgoing president of Burundi, Pierre Nkurunziza’s death on June 9th was described as a heart attack, reports from medics at the hospital where he died say that the former head of state’s death was COVID-19 related.

The cause of Pierre Nkurunziza’s death was described as a heart attack in a government statement. The 55-year-old was due to stand down in August following elections last month.

Nkurunziza who had refused to impose restrictions in Burundi had also allowed sporting events and mass political rallies to go ahead.

Speculation about the cause of his death has been fuelled by unconfirmed reports that his wife was flown to Nairobi, 10 days ago after contracting COVID-19.

Authorities in Burundi have been accused of deliberately playing down the threat posed by the coronavirus pandemic, which has infected 197,000 people on the African continent and killed more than 5,000.

The nation of 11 million people has reported 83 cases of COVID-19 and officials have cited divine protection for Burundi’s ostensibly low infection rate and urged citizens to go about their daily lives without fear.Advertisement

Nkurunziza’s spokesperson said that although the country may be hit by the pandemic, “Burundi … has signed a special covenant with God, whether you believe it or not”.

Burundi refused to follow most other African nations in imposing a lockdown and expelled the World Health Organization’s expert team working on coronavirus.

Nkurunziza was expected to step down after losing the recent elections who were won by Gen Évariste Ndayishimiye.