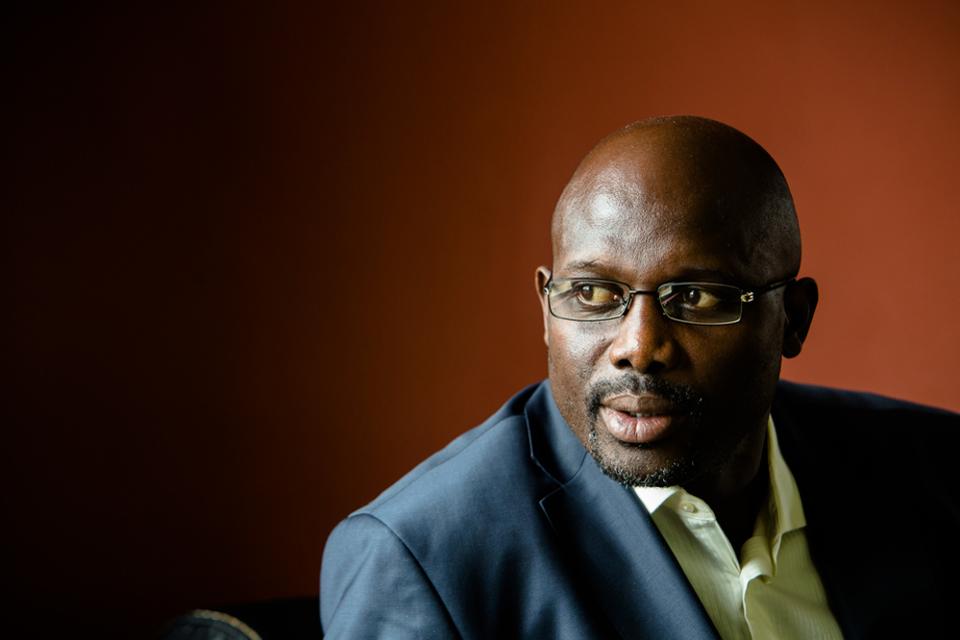 If current trends hold, the rivals would contest a runoff next month to decide who will succeed Nobel Peace Prize winner Ellen Johnson Sirleaf in what would be Liberia’s first democratic transfer of power in decades.

Based on returns from about a third of more than 5,000 polling stations, Weah has received 39.6 percent of votes cast, with Boakai of the ruling Unity Party (UP) at 31.1 percent, the elections commission said.

“We are still confident that there are places that we believe are our strong support … We are very optimistic that with reports coming in UP is going to take the lead,” Boakai told Reuters after Friday’s results announcement.

Charles Brumskine, a lawyer, was running third with 9.3 percent of the vote.

The final certified results from Tuesday’s poll must be announced by 25 October, although the provisional first-round winner is expected to be known in the coming days.

Weah, a star striker for Paris Saint-Germain and AC Milan who won FIFA’s World Player of the Year in 1995, came in second behind Johnson Sirleaf in a 2005 election that drew a line under years of civil war that killed hundreds of thousands of civilians.

He has served in the senate since 2014 for the Congress for Democratic Change opposition party.

Boakai, the former head of Liberia’s petroleum refinery company and agriculture minister, has served as Liberia’s vice-president since 2006.

Brumskine and the parties of two other candidates have said the vote was marred by fraud and vowed to contest the results, though international election observers have said they saw no major problems.

“The Liberian people deserve to know what was done,” Brumskine said. “They deserve a valid, transparent election. So many Liberians were deprived of their constitutional right to vote. We will, therefore, be requesting a re-run of the election.”

Liberia, Africa’s oldest modern republic, was founded by freed US slaves in 1847, but its last democratic transfer of power occurred in 1944.

During Johnson Sirleaf’s nearly 12 years in office the country’s post-war peace was consolidated, and saw a vast improvement in public services and infrastructure projects.