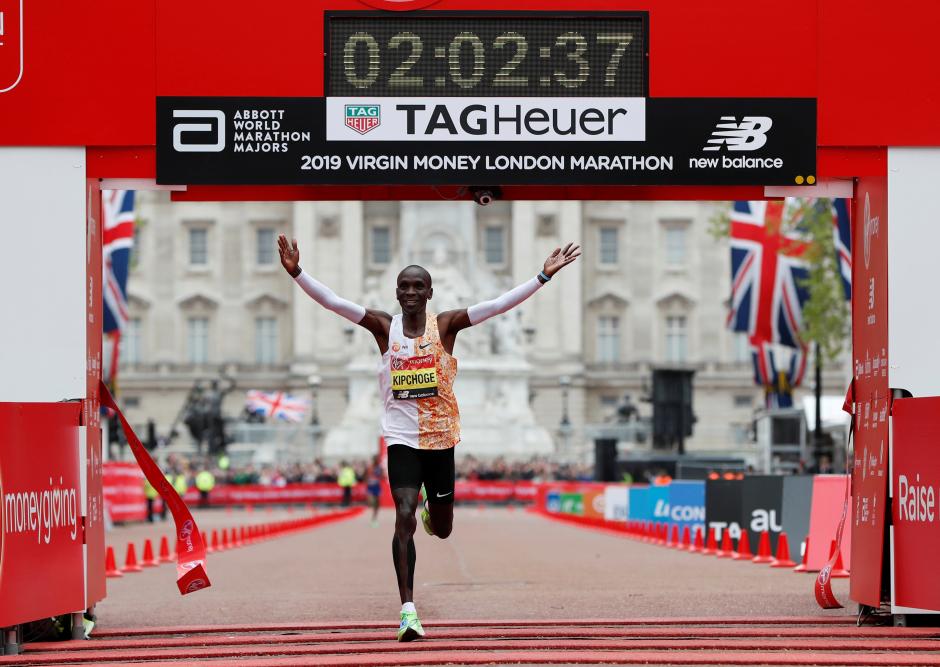 Kenya’s Eliud Kipchoge is undoubtedly the greatest marathoner of the modern age. He has won 11 of the 12 marathons he has competed in. His only loss was to another Kenyan, Wilson Kipsang, during the 2013 Berlin Marathon when he came in second.

In 2018, Kipchoge not only won the Berlin Marathon: He also broke the world record, completing 42 km (26.2 miles) in 2:01:39. Earlier this year, he ran the second fastest marathon in history, in London.

Kipchoge, then, is virtually unbeatable over the 42-km distance. This raises questions about his physical and mental strength and willpower. How does he do it? Is he superhuman?

Kipchoge isn’t the only Kenyan athlete to dominate the world’s record tables. Since the 1960 Rome Olympics, Kenyan runners have enjoyed unparalleled dominance in distance running events, from 800 m to the marathon. Together with their Ethiopian neighbors, Kenyan athletes have not only dominated long-distance Olympic races but have also dominated the world cross-country and road-racing circuit.

So it is not surprising that questions abound about what makes Kenyan runners so talented. A plethora of studies have sought the answer, or answers. And they have come up with several possible reasons to elucidate the phenomenal performance of Kenya runners.