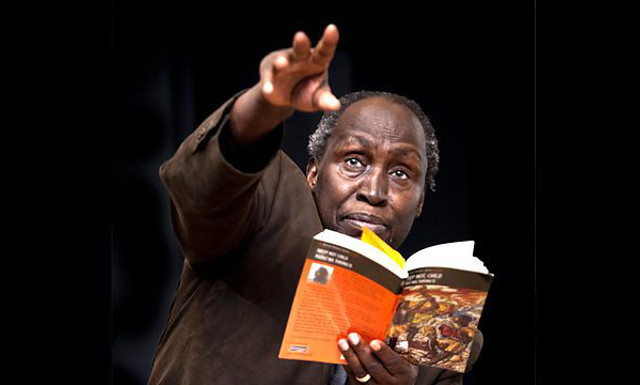 Ngugi wa Thiong’o, one of Kenya’s most distinguished authors, has joined a growing boycott of a Swedish book fair in protest of organizers inviting a far right-wing newspaper to the event, according to reports.

The 79-year-old writer, who has been nominated for several Nobel prizes, informed the Gothenburg Book Fair on Wednesday that he will not attend the literary extravaganza this fall because of the presence of Nya Tider, a controversial far-right publication, AFP reported.

Thiong’o told organizers in an email that he made the decision “in solidarity with the writers withdrawing and of course with the concern behind their withdrawal.”

Thiong’o, who hails from Kamirith, was supposed to hold a seminar on African literature and discuss his upcoming book, “See Africa.” Swedish state radio has hailed Thing’o as one of the fair’s “most prominent” attendants and Tobias Nielsen, the CEO of a Swedish publishing house, called the cancellation “extremely unfortunate.”

So far, more than 200 authors and several major publishers have signed onto the boycott. The fair’s organizers nonetheless refuse to budge, and have argued that right-wing publications such as Nya Tider must be allowed to participate in an open dialogue.

Nya Tider has been accused of propagating racism and xenophobia, and regularly publishes articles overtly critical of Islam and immigration. The weekly newspaper’s founders have openly expressed sympathy for since-defunct Nazi parties in Sweden and the publication has been banned from several public libraries across the country.