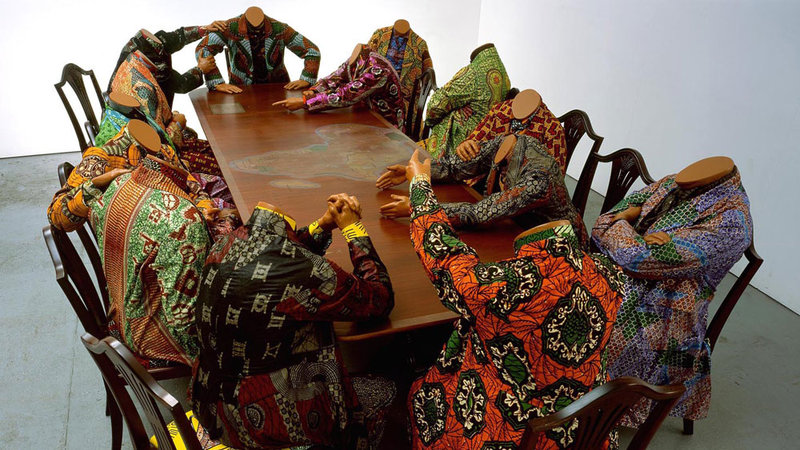 Nigerian artist Yinka Shonibare is both a favorite of the British art world and one of its most compelling critics. Since returning to the UK from Lagos, where he grew up, more than 25 years ago, he has received all the accolades deserving of a British art star: he was nominated for a Turner Prize in 2004, commissioned to create an installation on Trafalgar Square’s Fourth Plinth in 2010, and was elected as a Royal Academician in 2013.

In a series of quilted textiles, sewn in collaboration with Hereford community groups, Shonibare reimagined the people and animals depicted on the map to explore contemporary attitudes towards refugees.

Shonibare is currently working on opening art space in Lagos where he hopes art can be used as a catalyst for resolving a lot of the social issues in Nigeria.

Check out some of his work below: