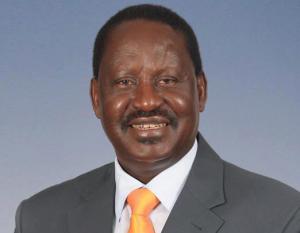 In an unprecedented step, Raila Odinga, who was running as a presidential candidate against Uhuru Kenyatta, the current Kenyan president has said he won’t run during the fresh elections set for the 26th of october 2017. In a press conference a few minutes ago, he said that he would be organizing demonstrations all over the country tomorrow to state his reasons.

His slogan is, ‘no reform no elections’ he has stated that he has a list of requirements that he will reveal at the Uhuru Park in Nairobi tomorrow.

He believes that this move will give the electoral commission enough time to reform and deliver a more credible election.

“We have come to the conclusion that there is no intention from IEBC to make sure that the irregularities and illegalities witnessed before do not happen again,” he said.

“After deliberating on our position in respect of the upcoming election, considering the interests of the people of Kenya, the region and the world at large, we believe that all will be best served by the party vacating its presidential candidature in the election scheduled for 26 October 2017.”

Raila has asked that the electoral body calls for new elections.