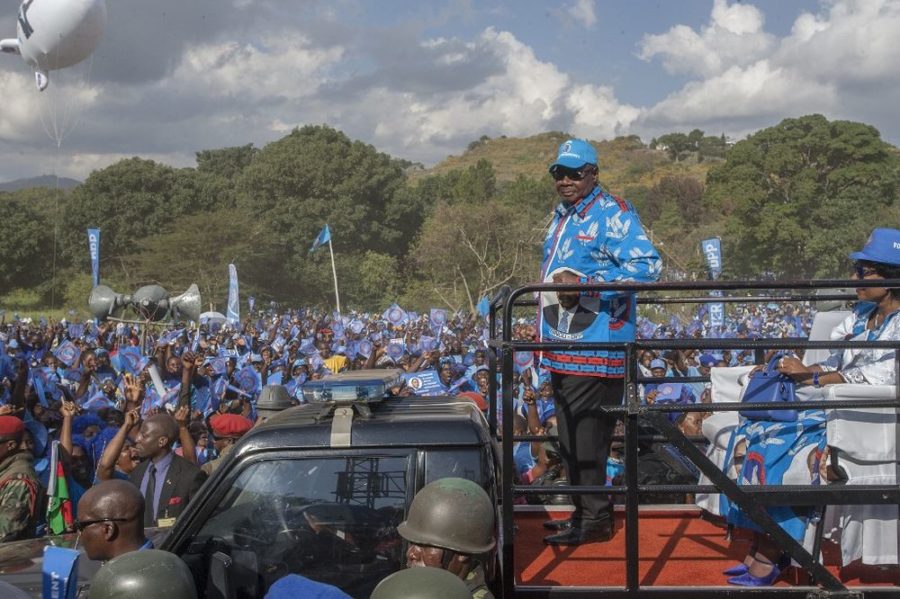 And then there were three. Current Malawian President, Peter Mutharika faced a stiff challenge from his deputy, Saulos Chilima and opposition leader, Lazarus Chakwera as polls closed Tuesday at 6pm (16:00 GMT) following long lines at many voting stations.

Mutharika, 78, who has been in power since 2014, oversaw infrastructure developments and a slowdown in inflation during his first term in office, but critics have accused him of cronyism and corruption. He rejects those allegations.

Chakwera, 64, has vowed to stamp out corruption and nepotism in the appointments of senior government officials. The MCP won a string of by-elections in 2017 and is hoping to receive an electoral boost after former president Joyce Banda joined the party, after returning from exile.

Malawi Electoral Commission (MEC) chairperson Jane Ansah said she was satisfied the election process was successful, despite a few logistical problems. “Malawians turned up in large numbers to vote with some turning up one hour before the official opening of the polling centres in the morning.”

Voters cast ballots for the country’s president, parliament and ward councillors. The counting is expected to take days.