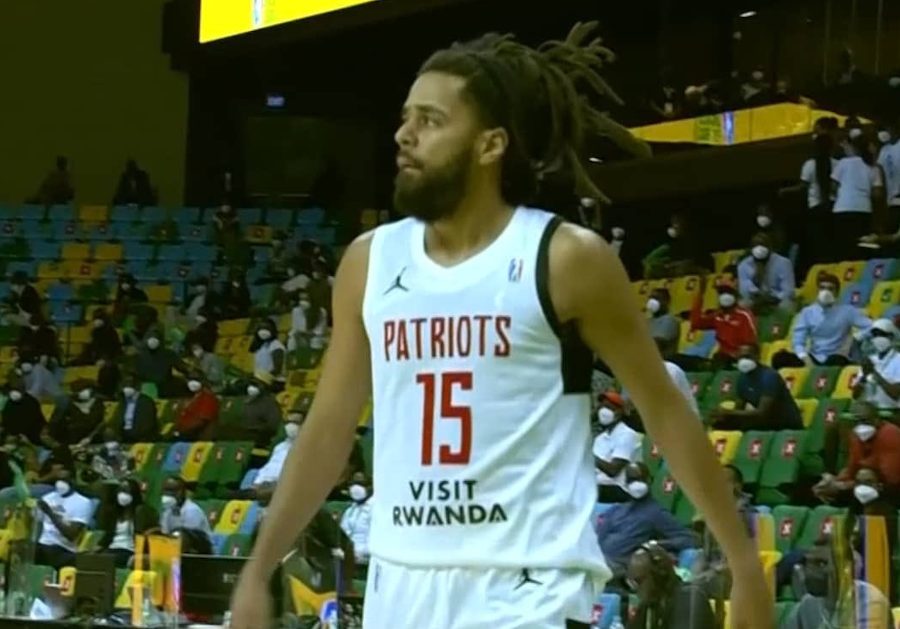 American rapper J. Cole has signed to play for Rwandan Basketball Team Patriots BBC in the inaugural season of the Basketball African League.

The 36-year-old rapper arrived in Rwanda on May 8 and is currently in quarantine before he joins the team.

His signing is expected to be made official on Thursday 13.

Rumors of Cole joining the Patriots started during the weekend and were later confirmed by the team’s coach Alan Major.

Rwandan paper The New Times also tweeted a video of Cole wearing a Patriots jersey, adding that he “could feature” in the NBA-backed league.

Sources indicate that the rapper will pay between 3-6 games. BAL will debut on May 16th, having 12 teams competing for the top prize.

The league was set to begin in 2020 but was postponed because of the COVID-19 pandemic. Safety protocols will also limit travel this season despite initial plans for games to take place across the continent.

The Patriots will play in the first BAL game Sunday against Nigeria’s Rivers Hoopers and with Cole in the conversation, the anticipation is already building up.

J Cole has been a huge basketball fan and has made multiple references to top players like Lebron James, Kobe Bryant and Michael Jordan in his songs.

Though he has no professional basketball experience, he played in the 2012 NBA’s Celebrity All-Star game and has appeared in several NBA events.

Early this year, the 6’2″ rapper announced his intention to play in the NBA but that didn’t materialize.

Cole played basketball at St. Johns while in college but had to leave the game because he wanted to be a rapper.

He told Sports Illustrated in 2013: “I had a fear of actually making the team and quickly losing my college lifestyle.

“I would have had to turn into this guy who had to practice two or three times a day and wake up at six in the morning. Plus I was in love with music and I knew I wanted to rap.”