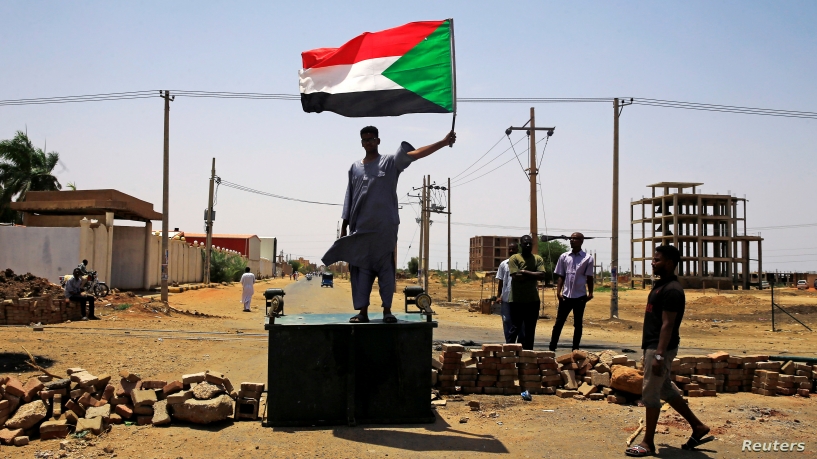 Talks between Sudan’s protest leaders and the Transitional Military Council are expected to resume this week, following concessions on both sides.

The TMC, meanwhile, agreed to release political prisoners as a confidence-building gesture.

Yousif Al-Jalal, a member of the Sudanese Professionals Association, the chief organizer of the protests, said Nagy’s presence may help the talks.

He says the visit of the U.S. deputy foreign minister to Khartoum may put the points of view of the TMC and protesters’ alliance closer, especially since the protesters have suspended the civil disobedience and the TMC has released the political detainees.

But which side — civilians or the military — will have a majority in a new, transitional ruling council until elections in 2022 is still in dispute.

The protesters want to see a civilian-led government to replace the government of longtime President Omar al-Bashir, whom the military removed as leader this past April after 30 years in power.

Protest leaders and the TMC agreed on forming a joint military-civilian government, but talks were suspended when the two sides couldn’t agree on who would hold the majority of the seats.

Last Monday, security forces opened fire on the site outside the Defense Ministry where demonstrators had been camped for nearly two months. Doctors aligned with the opposition say more than 100 people were killed. The health ministry puts the death toll at 61.

The politically shocking “atmosphere” shall be relieved if the two parties have the political willingness, he said.

Ethiopian Prime Minister Abiy Ahmed met with protest and military leaders last Friday. One of Abiy’s representatives has emphasized that if talks resume, they will pick up from where they left off, and a final government will be announced soon.