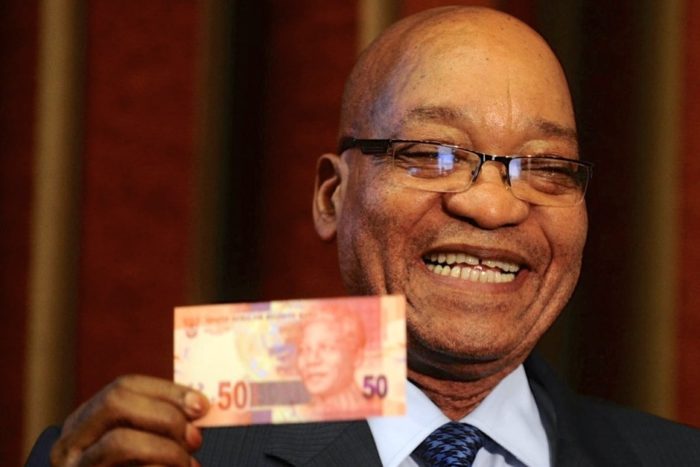 1. South Africa: Jacob Zuma $272,000/yr
Jacob Zuma has been the president of the Republic of South Africa since 2009. Zuma was among the world’s top 10 highest paid president, he was listed fourth. He was re-elected in the 2014 election. He is currently the top-earning president in Africa.

3. Kenya: Uhuru Kenyatta $132 000/yr
Uhuru Kenyatta is the 4th and current President of Kenya, in office since 2013. He is the son of Jomo Kenyatta, Kenya’s first president. Kenyatta is the third highest paid president in the continent. In 2014 he took a salary cut and decreased his salary from $14 000 per month to $11 000.

4. Comoros: Azali Assoumani $115,000/yr
President of one of the smallest country in Africa, Assoumani has been in office since 2016. Aged 57, Assoumani first came to power in 1999 after ousting acting President Tadjidine Ben Said Massounde in a coup.

5. Namibia: Hage Geingoba $110,000/yr
Hage Geingoba has been in office since 21 March 2015, he is the third and the current President of Namibia. He gained a PhD in 2004 from the University of Leeds, in Britain. The president, who shares executive power with the cabinet, is limited to two five-year terms.

6. Republic of Congo: Danis Nguesso $110,000/yr
Nguesso has been the president of the Republic of the Congo since 1997; he was previously President from 1979 to 1992. He was marked for prominence and received military training in Algeria and at Saint Maixent, France before returning to join Congo’s elite paratroop regiment.

7. Libya: Ali Zeidan $105,000/yr
The former Prime Minister of Libya. He was appointed by the General National Congress on 14 October 2012, and took office on 14 November after Congress approved his cabinet nominees. Zeidan was ousted by the parliament committee and fled from Libya on 14 March 2014.

9. Libera: Ellen Johnson $90,000/yr
Liberian politician who has served as the 24th and current President of Liberia since 2006. Sirleaf is the first elected female head of state in Africa. She is the second least paid president in the continent. Johnson has been the president of Libya for 12 years.