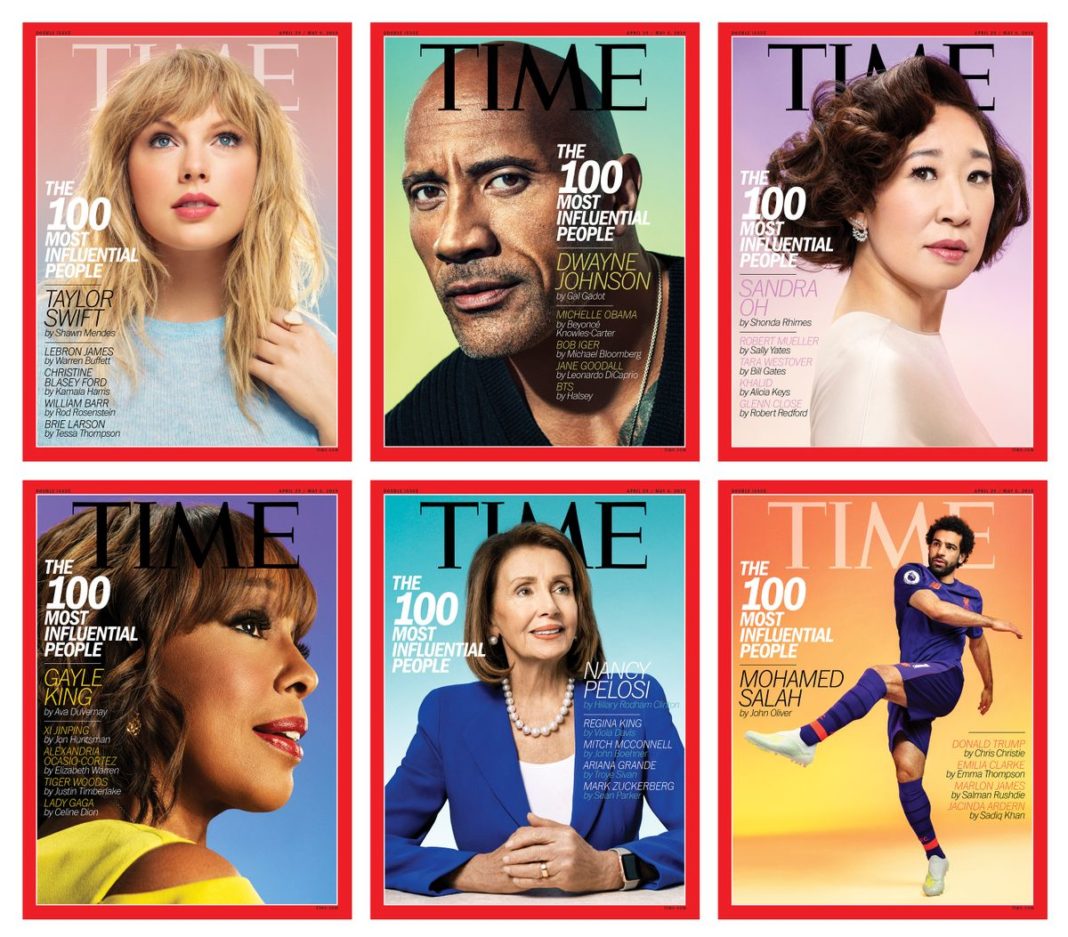 Time Magazine released its annual TIME 100 list and this year six African influencers made on to the list.

The list which featured influencers in several categories from the arts, politics, education, science, entertainment and more, were recognized by their peers who wrote a brief acknowledgement on their behalf.

Egyptian-American actor Rami Malek took this past year by storm playing the role of Freddie Mercury in Bohemian Rhapsody. As Robery Downey Jr. reflects, “I contend that his mother Nelly, his father Said, his sister Yasmine and his brother Sami are the foundational pillars to his rise. Mighta just been destiny…more likely it’s yet another testament to hardworking immigrants raising their kids right and pushing our culture toward the light.”

We all know South Africa’s Caster Semenya is a fighter in many ways than one. “Her success has brought controversy in elite sport, with many arguing that her biological traits give her an unfair advantage in women’s competition,” Olympian Edwin Moses says. “But Semenya is fighting that. Sport eligibility, she and others say, should not be based on hormone levels or other differences of sex development. If successful, Semenya’s effort could open the door for all who identify as women to compete in track events without having to first medically lower their testosterone levels below a proposed limit.”

Ghanaian entrepreneur and leadership development expert Fred Swaniker has made an impact tapping into developing the continent’s most valuable asset—the youth. “Fred understood that the key to success was not about leading the youth along a preordained path, but about allowing them to become authors of their own stories,” Mo Ibrahim says. “That is what has inspired his educational initiatives: the African Leadership Academy, African Leadership Network and African Leadership University. Together, they hope to educate 3 million leaders of tomorrow.”

Mohamed Salah, Egypt’s hero on and off the pitch, once again is getting due praise for his impact on the sport. “You’d be hard-pressed to find a professional athlete in any sport less affected by their success or status than Mo, which is incredible because I can’t imagine the kind of pressure that comes with the intensity of adoration he receives,” HBO’s John Oliver says. “As a footballer, he plays with an infectious joy. I’ve always wondered what it would feel like to be able to play as well as him, and watching his face light up after he does something incredible, you get the reassuring sense that it’s exactly as fun as you’d want it to be.”

Ethiopian Prime Minister Abiy Ahmed also made this year’s list for his impact on turning a new leaf in his country. Olympic silver-medalist Feyisa Lilesa, who was exiled in 2016 after protesting during the Rio Olympics, writes: “In Ethiopian history, we have never seen a leader like him. He’s an educated person who talks about unity. He has released thousands of people from jail. He brought peace between Ethiopia and Eritrea after 20 years of war. And he made it possible for me to come home,” he says. “Yes, people are still protesting. But now, when they protest, they aren’t going to jail. To me, that is democracy. That is hope.”

South African President Cyril Ramaphosa is being recognized for taking on the challenges facing his country and the potential that comes with it. “Ramaphosa, or Cyril, as he’s known to South Africans, has the chance to end corruption and grow the stalled economy,” Time correspondent Vivienne Walt says. “That could be his toughest battle yet. Blackouts, grinding poverty and massive unemployment have left millions desperate for quick results. Vicious infighting in his African National Congress party leaves him vulnerable to a coup, or perhaps an ouster in elections on May 8. For all that, Ramaphosa has kept his characteristic chuckle and his knack for focusing on the bigger picture. ‘Unity,’ he said recently, ‘was never going to happen overnight.’ After a lifetime fighting his enemies, he should know.”